Posted on April 24, 2016 by beatlefanmagazine 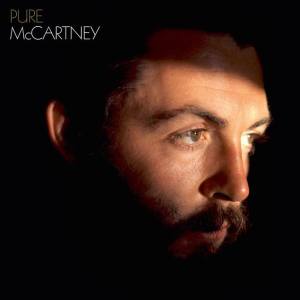 OK, I promised I wouldn’t do this, but the panel discussion at last week’s Fest for Beatles Fans changed my mind. Consensus was that a comprehensive retrospective covering his ENTIRE post-Beatles career was in order. And, let’s face it, 67 tracks isn’t going to get it done, considering how prolific Paul has been over the past 46 years. So, the forthcoming “Pure McCartney” set seemed doomed out of the gate.

There’s nothing new for the devoted fans, it’s missing numerous big hits, and it is horrifically short (barely room for one track per year!), so I took a stab at a nice round number — 100 songs. Even that proved to be a challenge, as my first pass of things I’d consider for inclusion numbered over 130 out of the nearly 500 or so titles he’s put out during this time (this is to say nothing of the special projects, classical works, live versions and alternate mixes).

But, I whittled it down to 100. I steered clear of the live albums (except where there was a hit, like “Maybe I’m Amazed”), but included some live B-sides, singles, etc. And I did pinch one each from the covers albums (“Run Devil Run,” “Kisses on the Bottom” and the Russian album), as well as tossing in an original from the two that had a few sprinkled among the covers. 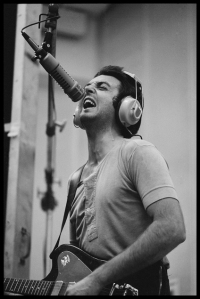 For collectors: My list has one unreleased (on record, anyway) title, but also several from soundtracks and things that never made it on to a McCartney album proper, a couple of which never came out in America at all..

And, yes, I know the opening cut was on the “Beatles Anthology,” but it’s a solo McCartney track in every sense of the word (it didn’t even get the “Lennon-McCartney” rubber stamp of the day).

I kept it pretty much chronological, because a good retrospective should be. I did move the Christmas record to the very end, as a de facto “bonus” track rounding out the 100

Occasional DJ edits or single versions made it in there, too, including one where Paul is credited as co-artist, which never made it on to a McCartney album

All the hits are there, and a few guilty pleasure/personal favorites round things out.

Anyway … It’s pretty much a certainty, at least mathematically, that no two McCartney fans would pick the same roster in an exercise like this. Crossover would be heavy, of course, and there are many such lists floating all over the websites as I type this. Heck, one pirate label (Voo Doo Records) already beat the upcoming release to market, with a 6-disc (125 song) version. And so it goes. 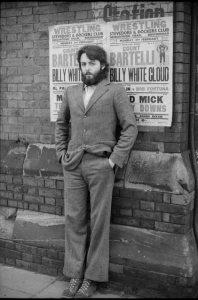 DISC THREE: Rockestra Theme * Getting Closer * Arrow Through Me * Baby’s Request * Coming Up (Live at Glasgow) * Waterfalls * Tug of War * Take It Away * Wanderlust * Here Today * Ebony and Ivory * The Girl Is Mine (DJ edit) * Pipes of Peace * Say Say Say * So Bad * No More Lonely Nights * We All Stand Together * Spies Like Us * Twice in a Lifetime * Press * Only Love Remains 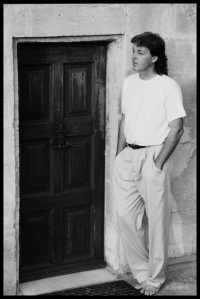 DISC FOUR: Back on My Feet * Once Upon a Long Ago * My Brave Face * Put It There * This One * That Day Is Done * Twenty Flight Rock * All My Trials (live) * In Liverpool * Off the Ground * Hope of Deliverance * The World Tonight * Young Boy * Calico Skies * Little Willow * Beautiful Night * I Got Stung * What It Is * Vanilla Sky * From a Lover to a Friend * Freedom * Tropic Island Hum

DISC FIVE: Fine Line * Jenny Wren * English Tea * This Never Happened Before * Summer of ’59 * Dance Tonight * Ever Present Past * Vintage Clothes * That Was Me * The End of the End * Dance ‘Til We’re High * (I Want To) Come Home * Ac-Cent Tchu-Ate the Positive * My Valentine * New * Early Days * Hope for the Future * Wonderful Christmastime